I have dedicated my career to helping people present themselves effectively. 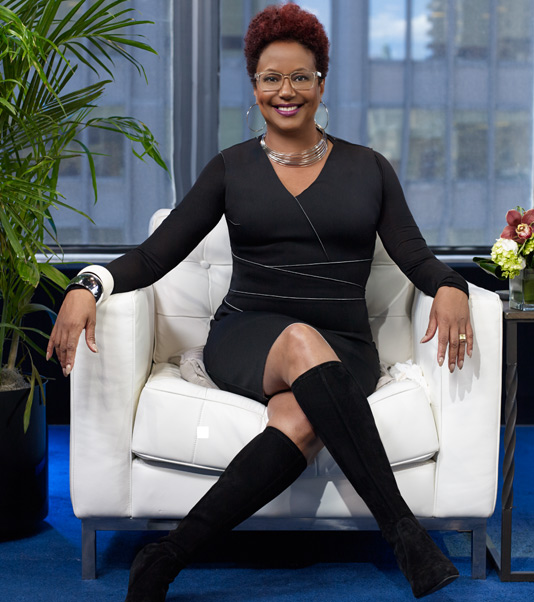 For 15 years Cole has written the nationally syndicated advice column, Sense & Sensitivity. She has penned 7 books, including the bestselling Jumping the Broom: The African American Wedding Planner, How to Be, Choosing Truth and 108 stitches: words we live by. Cole executive produces and hosts a weekly video series, The Root Live: Bring it to the Table, presented by Prudential. Harriette has been a contributor to the Today Show for more than a decade.

In 2016 Cole launched an inspirational and educational initiative, DREAMLEAPERS, which is a multi-pronged engagement designed to help people access and activate their dreams.

Cole co-executive produced a television special about Prince that was nominated for an NAACP Award.

Cole started her career at ESSENCE magazine where she served as Contemporary Living Editor and Fashion Director. She was founding Editorial Director of UPTOWN magazine, editor of American Legacy Woman, and creative director and Editor-in-Chief of EBONY.

My clients trust me to lead them to a clear articulation of their passion, their purpose and their project.

No shows booked at the moment.

Access your dreams with @harriettecole Sundays at 8am on @wbai995!

Tune in at 10AM for my conversation with Tony Awar

Next week is AFROPUNK. tomorrow I talk to @jocelyn

I’ve got the Broadway bug now. My daughter and I

About to see @Hadestown can’t wait! My homeboy,

#flashback to my inspiring conversation with @elai

We will be talking fashion, politics and coming-of

I had a great conversation with @ilyasahshabazz la

In my happy place! #currentsituation Interviewing

The calm before the party. Just hosted a book sign

Caught in action. Meredith of @worldbridemagazine

Remembering MJ! I will talk about him and more wit